Thinking so much about grace this week.

First of all because of Mother’s Day.

I’m not the holiday’s biggest fan. Maybe it’s because I’m not a Mom, but I think I’d feel the same way about it even if I had children. Anne Lamott‘s article « Why I Hate Mother’s Day » published on salon.com sums up my thoughts. 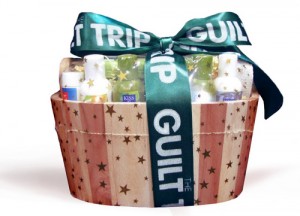 1. It’s an invented holiday which is commercialized. The founder of the holiday, Anna Jarvis, came to renounce its existence because it profited capitalistic interests more than profiting mothers themselves. According to the History Channel, Jarvis « soon grew disillusioned, as Mother’s Day almost immediately became centered on the buying and giving of printed cards, flowers, candies and other gifts. Seeking to regain control of the holiday she founded, Jarvis began openly campaigning against those who profited from Mother’s Day, including confectioners, florists and other retailers. »

2. It reinforces the status quo. In Lamott’s words, « It celebrates the great lie about women: That those with children are more important than those without. » Many couples follow the flow of the normative narrative of falling in love, graduating from college, getting married, finding a good job with benefits, having children, buying a house… without reflecting on what is best or what they truly want. Moreover, Christians fall into this trap without considering that God may have another plan for their lives. Mother’s and Father’s Day reinforces this narrative about who should be celebrated for their contribution to society.

3. It reminds women of their shortfalls . Childless women, whether by choice or not, are reminded once again that they are not conforming to the role society most idolizes in a woman, that of mother. Adopted children revisit the reasons why their mothers « abandoned » them. Those who have lost their mothers to death or life circumstances have their loss brought once again to the forefront.

4. It creates expectations which are often unfulfilled. The holiday dictates (through commercials and ads for the most part) that the minimum gests of appreciation are a call, brunch, flowers, and a card. If these expectations are not met, they are left feeling unloved and unappreciated. Yet, many children are like myself. We love our parents but do not feel the need to express it solely because an invented holiday tells us to.

So, when a former roommate puzzled about a Mother’s Day backlash on facebook, I just had to pipe in. What she had to say in response made me reflect. She wrote: « It’s all about expectations…expectations of those that receive honor, give honor, and that are excluded from certain celebrations. Perhaps we all just need to give one another more grace. Grace to celebrate even if we may not be included. Grace to forgive if our expectations aren’t met. Grace to be mindful of those that may have a difficult day. »

Isn’t that the best reaction to any disappointment? Grace, grace, God’s grace, Grace that is greater than all my sin.