As discussed in the last post, nonChristians view Christians as insincere in their interest in  their lives.

How can this perception be changed to be one that reflects Christ’s love? After all, Jesus taught his disciples that Christians will be known as those who followed him because of their love towards others.

The author of « The Adjective of Antioch, » M.P. Krikorian examines Christians as apostles who live by service and sacrifice, thus love in action.

As explored in the tension between saints who are perceived as hypocritical and anointed ones who are seen as sheltered, the negative perspective of Christians and the biblical identity that Christians should embrace are seemingly at odds. If people feel that Christians are only friendly, helpful, and interested in their lives so that they’ll « get saved, » Christians should show their love by being friendly, helpful, and interested in the lives of their friends. And yes, part of this love is to share the Gospel, the Good News that God offers the free gift of forgiveness to us all. For, as the General Conference of the Methodist Church notes, « Christianity was intended to be, and of necessity is, a missionary religion. … It lives and expands only when world vision is constantly before its eyes and when its ministers and people are heroic adventurers and brave pioneers, ready to follow their leader in the dangerous way of the cross. » 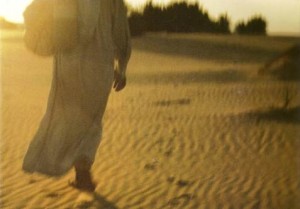 And in fact, the leader of this « missionary religion, » Christ Jesus, was also a missionary, sent from God to us as an Ambassador and Messenger of the Father. « Missionary » is simply the Latin word for « someone sent. » In the case of Christians, they are sent under the authority of the Holy Spirit to be Ambassadors of the Message of the Gospel.

Krikorian, in his exposition of the origin of the term « Christian, » regards the disciples as also missionaries. These disciples were also called apostles, the Greek equivalent of missionary. Why were these twelve men so effective in their mission to share Christ’s message of salvation? Krikorian accounts it to their spontaneity. He writes, « The real majesty of the early Christians lay in their spontaneous quality. All their thinking, will and affection centered in the memory of Jesus Christ as their personal Saviour, and in the consciousness of his abiding promise and presence. Theirs was a knowledge not academic but with faith and obedience. »

Tellingly, Celsus, a Roman philosopher of the first century, denounced the « dangers » of « a religion which spreads through workers in wool and leather and fullers and weavers and teachers who are constantly talking about Jesus. » As Krikorian notes, « The Church may do without its men of splendid talents, but it cannot do without its ordinary men and women who do ordinary things in an extraordinary manner — nobly, humbly, and of regal spirit. »

According to Tertullian, a second-century Christian, the name Christian came from a mispronunciation. Many pronounced the Greek name « Christian »  as « Christianos, » a word associated with the word « Christos » meaning « serviceable. » Therefore, to be a Christian is to be at the service of Christ and also of those in need.

Sharing the Gospel with confidence in the service of our King is a responsibility of all Christians. And yet….we can come across as insincere in our fervor. Part of the solution to this misconception is to be of service to others…even when it’s hard, even when there are no changes, even when we feel useless, even when we want to give up. This idea will be furthered in my next blog post.