The perception as identified by the Barna Group: Christians are insincere and concerned only with converting others.

The new perception Christians should strive for: Christians cultivate relationships and environments where others can be deeply transformed by God.

John Mayer‘s song « Belief » illustrates the perception of many young North Americans: Belief is a beautiful armor, but makes for the heaviest sword. He asks the pertinent and legitimate questions: Is there anyone who ever remembers changing their mind from the pain on a sign? Is there anyone who really recalls ever breaking rank at all for something someone yelled real loud one time?

In the research conducted by the Barna Group, only one-third to young non-Christians believe that Christians genuinely care about them. Keep in mind that 84% of these young people know a Christian personally.

Young people feel that they know what Christians want before they even speak, making them feel like they are cornered into spiritual conversations. They question Christians’ motives: that Christians want one more church member or a new notch in their « conversion » belt. What experiences with Christians make them legitimately feel this way?

1. Spiritual headhunters: Christians seem to be your friend until you make it known that you are not interested in their faith. Steven’s experience illustrates this well. Having recently moved to NYC from Phoenix, he met a guy on the subway who seemed friendly. The guy later called him, inviting him to a Bible study but when Steven expressed his disinterest, he never heard from him again.

2. Impersonal: In all of the interviews that the Barna Group conducted, not once did they hear favorable comments about street witnessing. A common reaction: « I’m like, do I know you? Why should I care what you are saying? »

3. Gimmicky: Christians try to trick people into paying attention to their message. One interviewee offered this insight: « I don’t think Jesus would be happy about being turned into a gimmick. »

This transformative message of the Gospel has been watered down, diluted to no longer taste like the « new wine » that it is.

What can Christians do to change this perspective?

People who think according to biblical standards are more likely to act like Jesus because they see such things as circumstances, acquaintances, and crises differently than most people do. They will be able to think beyond the immediate and see God at work in his overall plan.

Romans 12:2: Don’t copy the behaviour and customs of the world, but let God transform you into a new person by changing the way you think. » (The Message)

Young people need to be taught to process the rich complexities of life, to probe and test and stretch their faith from the perspective of a Christ follower.

If we are being transformed by our faith, the way we perceive and love people will change. Scripture continually addresses love. God is described as love, and Jesus moves love to the forefront of his commandments, teaching that we should love God with everything we are; we much love each other sacrificially; we must be defined by love. (Mark 12:30, John 11:35-36, 13:34, I John 4:16).

Just because someone KNOWS about Jesus does not automatically make that person loving. A deep shift is needed from the sin-altered, me-first, and consumer-minded perspectives that so often plague Christians in America. 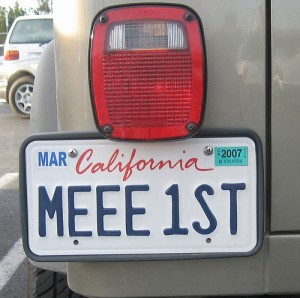 The disconnect between Christians’ knowledge of God and their ability and willingness to love people have turned people off to Christ’s message of redemption.

A third outcome of true transformation to the image of Christ is the ability to listen to God and to others.

The first step is realizing what we don’t know. Listening to God, through the Bible and often through other people, is how we learn. The better we listen, the more productive we become for God’s purposes. The biblical image of a vineyard captures this idea: I am the true grapevine, and my Father is the gardener. He cuts off every branch of mine that doesn’t produce fruit, and he prunes the branches that do bear fruit so they will produce even more. (The Message, John 15:1-2, I Cor. 3:18) 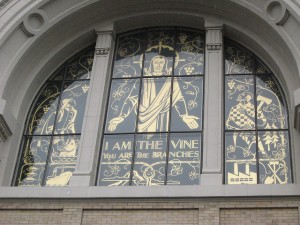 We will look at how our love in actions, our service towards others, reveals Christ’s love which transforms.