Americans find Christians to be sheltered (the Barna Group‘s 2007 surveys indicate that 75% of 16-29 year-olds outside of the church find present-day Christianity as « old-fashioned, » and 70% « believe the faith is out of touch with reality »), an image that culturally-engaged Christians would love to change.

The tension comes from balancing the commands to be in the world but not of it (John 17:15-16), to be « wise as serpents, and harmless as doves » (Matt. 10:16), just as Christ is both Lion and Lamb. Others have described this balance to avoid the extremes of complete withdrawal from society or completely accommodating to what society expects. Mike Metzger, as we have seen, identifies the balancing act of practicing purity while living in proximity to our society. 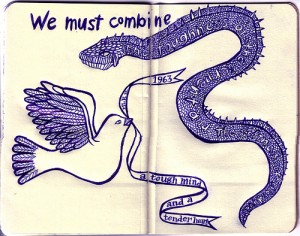 In his treatise as to a more accurate understanding of the term « Christian, » Meshach Paul Krikorian touches on the Holy Spirit’s ministry of anointing believers with power to do God’s will. They are called apart from the culture of mass society to do God’s work on earth. Krikorian states that according to Theophilus of Antioch, who lived in the city whose residents first called Jesus’s followers « Christians » (see Acts 11) and not long after the time of the apostles, the name Christian is derived from the Greek word for oil, chrism, and means « anointed ones. » This refers to the fact that Christ followers are anointed and filled with the Holy Ghost. « Christian » would then mean « Spirit-filled ones. » 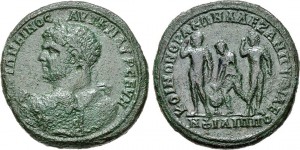 Like Christ’s baptism just before his 40-day fast and temptation in the desert, from which, in the power of the Holy Spirit, was victorious, the baptism of the Holy Spirit provides the power for a Christian to obey God and to advance courageously. This baptism is the gift to all who have placed their faith in Jesus Christ as personal Savior. It is not earned. It is living out the divine maxim « Love one another, » something that is impossible without the Holy Spirit’s leading and strength. Prayer and fasting facilitates the connection of the leaves (Christians) to the vine’s sap (the Holy Spirit). Under the Holy Spirit’s direction, a Christian is « fired with all the Holy Ghost’s sanctifying grace toward a life of service and holiness. Without this power he is not more than common clay. But with this power he has life within life! »

The message of Grace, not condemnation, allows those who have been set apart by the anointing ministry of the Holy Spirit to be a redeeming force in our world.

See Why did the Ancient Athletes Cover Themselves in Oil?