The late John Stott, rector emeritus at All Souls Church, London and founder of the Langham Partnership addresses the tension between being sheltered and living as an anointed one.

If we belong to Jesus Christ, we have a double calling in relation to the world. On the one hand, we are to live, serve, and witness in the world and not try to escape from it. On the other hand, we are to avoid being contaminated by the world.

Escapism and conformism are both forbidden to us. This is one of the major themes of the whole Bible, namely that God is calling out a people for himself and is summoning us to be different from everybody else. « Be holy, » he says to us, « because I am holy. »

Here then is God’s call to radical discipleship, to a radical nonconformism to the surrounding culture. It is to develop a Christian counterculture.

The followers of Jesus, for example, are not to give in to pluralism, which denies the uniqueness and lordship of Jesus, nor be sucked into materialism or become led astray into ethical relativism, which says there are no moral absolutes.

This is God’s call to his people to be different. We are not to be like reeds shaken in the wind, as Jesus said, but to be like rocks in a mountain stream; not to be like fish floating in the stream, but to swim against the stream–even the cultural mainstream. 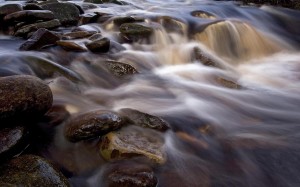 We are faced, in fact, with two cultures, two value systems, two standards, and two lifestyles. Which shall we choose? If we are not to be like chameleons, changing color to suit our surroundings, what are we to be like?

The answer is that we are to be like Christ. The eternal and ultimate purpose of God by his Spirit is to make us like Christ.